Talking Landscape: Early Media 1974-1984 is a compendium of short media works made between 1974 and 1984. In 2010, 11 thru 12 and Fluorescent/Azalea, both super 8mm films, were preserved as 16mm films with funds from the National Film Preservation Foundation by Bill Brand in cooperation with Brent Phillips and The Fales Library & Special Collections. 11 thru 12 was warmly received at the 7th Orphans Film Symposium and the 56th Oberhausen Short Film Festival. Lost Shoe Blues and Flora Funera (for Battery Park City) were preserved on film the following year by Brittan Dunham and Bill Brand's class in the Moving Picture Archiving Program at New York University. Livia Bloom selected the feature length compendium for theatrical release at the Maysles Cinema in New York in 2012. As Guest Curator for DOXA 2013, she wrote an essay also titled Talking Landscape: Early Media Works 1974-1984, http://2013.doxafestival.ca/festival/essays/talking. Gradually, more pieces of this period are becoming visible. In 2014, New York Women in Film and Television awarded funds to preserve Some Food May Be Found in the Desert. The four parts noted above are preserved as 16mm film. Otherwise, the material is available as video. Here are the possible parts for Talking Landscape.
1974-1975 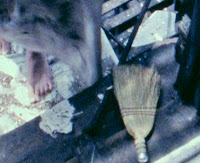 Fragments of a Self Portrait (video, Sony portapak)
Drawers  (video, Sony portapak)
The uncut Drawers is 11 minutes long and there are also versions that are seven and four minute in duration. Drawers was made with Cara Perlman in Callard's studio on Chambers Street in NYC. A medium shot frames a set of white drawers. Callard pulls strings to repeatedly open the drawers in a sequence while Perlman pulls out many lines of clothing tied together. These lines recall outdoor clotheslines of laundry, work for girls. Wearing white shirts like men in offices, they keep trying to get it "right" and they persist for a long time. The light bulbs throw shadows on the background wall, another reference to puppetry.
Window Open/Close (super 8mm)
Balls with Club
Sweep
Rubber Shoes
1976

Delaware Stone Throw
Fluorescent/Azalea (originally super8mm film, 4 minutes)
Lost Shoe Blues
Flora Funera (for Battery Park City)
West of the World Trade Center was an open field edged by a retaining wall. On Memorial Day, 1976, I made this by throwing rocks at the rebar with Bernice Rubin and Richard Friedman.
Some Food May Be Found in the Desert, 1976, 8 minutes, super 8mm, sound. Preservation expected in 2015 with funds provided by New York Women in Film and Television, NYWFT.org.
Aftermaths: Some Food May Be Found in the Desert, Utah Movie Road Map, and Standard Adult Wheelchair is a group of three atmospheric super-8mm films that mine various spatial, cultural and natural landscapes of downtown New York during the economic recession of the seventies, landscapes represented through the personal and political viewpoint of a young woman. Some Food May Be Found in the Desert was photographed near the Fulton Fish Market in 1976. It looks at a small beach and what has been left on the sand by the action of the river, a place that no on has thought about as a public space to this day. The soundtrack is a recording made a few blocks on a walk through Chinatown during Chinese New Year. Firecrackers continuously explode around us while a think layer of red paper accumulates on the ground. These annual celebrations in lower Manhattan sounded like war. Since the Guiliani administration, they are no longer permitted. Two versions of deposit, one we see, one we hear.

11 thru 12 (super 8mm film, 12 minutes, preserved as a 16mm film)
In 11 thru 12, Callard uses the structure of the I Ching and an ironing board as a broadcasting desk to consider how to search, what it will cost, the absurdity of explanation, and the limits of the measuring mind.

Contact Mics with Cara
In Contact Mics with Cara, two young women are seated in an editing room behind two windows. They touch contact mics that make the small sounds of friction. Whatever they might say is muted and apparently moot.
Lispenard Ladder
Standard Adult Wheelchair (super 8mm, unpreserved)

The Customs House
Originally made as an installation of multiple sets of ten 35mm slides projected as an endless loop into the lobby of the U.S. Customs House, the ruined monument to American trade. This installation was my contribution to Custom & Culture II, a project of Creative Time. 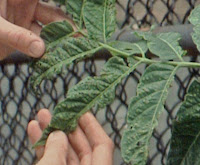 Notes on Ailanthus
I found Ailanthus altissima, the tree of heaven, compelling and I studied it in every available manner. An ancient and successful plant, it grows very fast, thrives in distressed environments, and is difficult to eliminate. It has been very popular as well as feared illustrating some ridiculous group thinking in the public life of America. I used pieces of this history to make many art works in various media during the late 1970s. This excerpt was cut from a reel edited during 1978-9. Ailanthus trees may be a part of a solution in restoring the many disturbed landscapes people have created.

1980
Commuting from Point to Point

This 45 image piece with photographs and text, was originally installed as an
endless loop of glass 35mm slides with a few alternate images in the second rotation.
Commuting from Point to Point is a picture thinking travelogue with images from 1979 in Paris, Milan, Genova, Torino, Portofino, Rome, Capri, and New York City. The text flows as a loosely associated set of phrases, a re-arrangeable
poem indexing perception and the nature of work, feminism, art making, timing, and death. It lived in the back of my mind between the time when I made it and fourty years later when I saw it again. Commuting from Point to Point was first installed as a gallery show in San Francisco at Site, Cite, Sight in 1980. I invited painter Bonnie O’Neill into my one-person show with her pictures about the rapid new construction and re-configuration of San Francisco during the previous eight years when we had both lived in the Mission District.

Times Square Show PSAs
Late night TV ads for the Times Square Show made in collaboration with and produced by Coleen Fitzsgibbon, Matthew Geller, and Cara Perlman and performed by Callard, Alan Moore, Joe Lewis, and anonymous citizens strolling. Three were produced including a solo turn by Jack Smith and a funny hustler skit with Betsy Sussler and Glenn O'Brien.

The Time Square Show 1980/2011
180 color slides with narration documenting the art of the exhibit produced by Collaborative Projects, Inc. (COLAB) Some of these photos have most recently been published in Biennials and Beyond: Exhibitions that Made Art History: 1960-2002, edited by Bruce Altshuler and published by Phaidon.